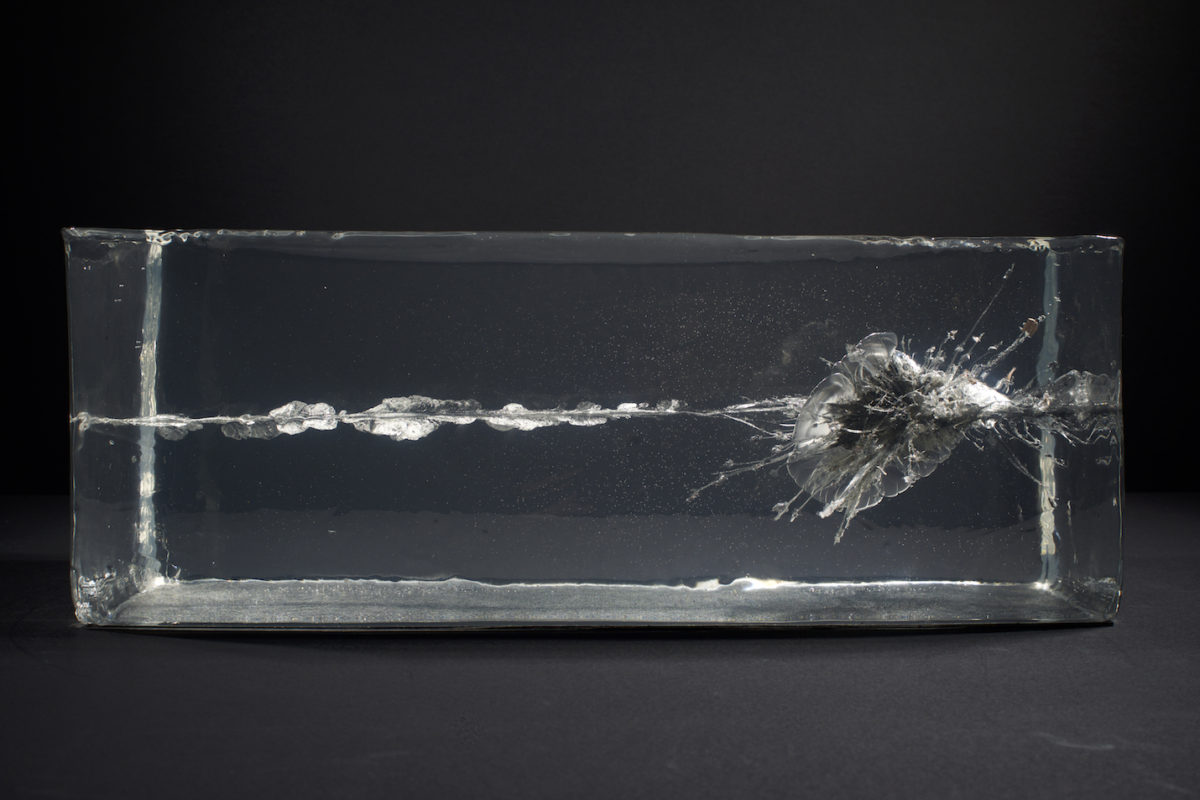 AK-47 vs. M16 creates a spectacular visual effect, like a scene of the future, when one can clearly see the two bullets that collide and break through in a gel block. In fact, all elements of that scene are objects and symbols of the past and the present. They are special gel sampling our flesh used to test the damage in ballistics, two bullets fired from two legendary rifles AK 47, invented by the Soviet army, and M16, by US Army. The work is a profound epitome of ‘confrontation’: between two bullets, between two design mindsets of rifle, between the two armies escalating the Cold War weaponry, between the two front lines using these two guns during the Vietnam War. The stunning physical presence of AK 47 vs. M16 seemingly leads the viewers into a mythic world of history. Yet after all, this lightning moment of two single fire lines slowed down and frozen forever realizes the horrifying scale of wartime and political violence throughout 20th century history.