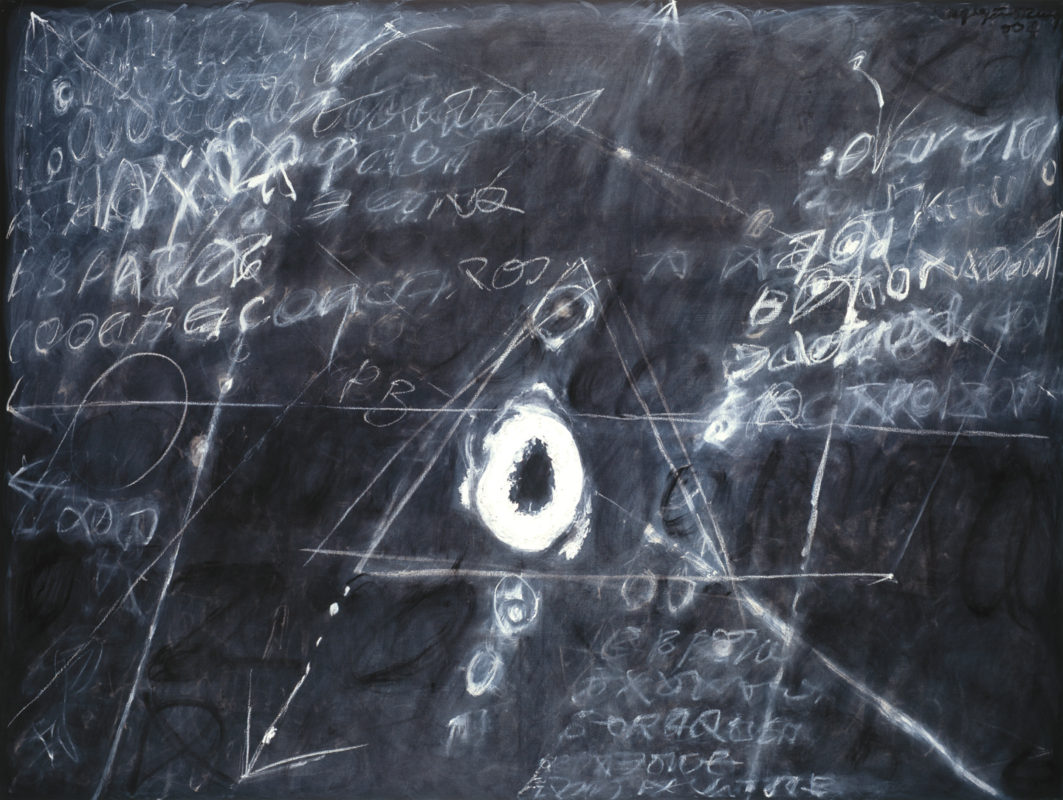 In 2002, Trung faced a crisis in his painting and concentrated more on his antique collecting — in a state of observation rather than action. His creativity surged anew with his Blackboard series, produced for his 2004 exhibition at Galerie Quynh. These are variations of white on black, like scribbles of chalk on a blackboard. In these paintings, he abandons the great swathes of color in favor of a slate-like background against gradations of white scrolling script and numerical notes, like a mad professor solving an equation. For him, a blackboard carries the connotation of erasure. What happens to a line after it has been erased? It is often still faintly visible. The series is an experiment into the realm of the visible and invisible. (Nora Taylor)