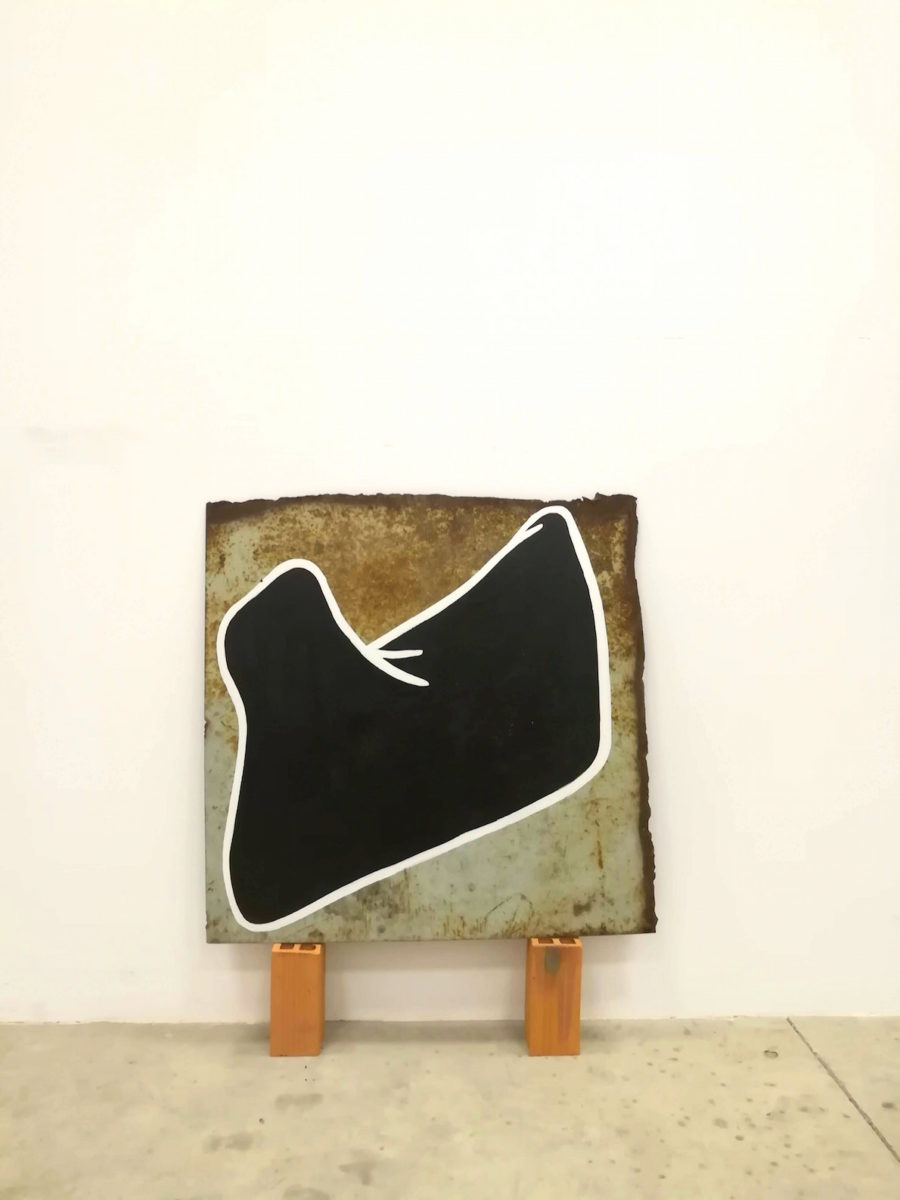 Cian Duggan’s abstract forms appear otherworldly, they hover with a static tension that animates them, as extra-terrestrial life forms, or portals to another dimension. Yet they coexist with their surroundings, rather than overtake it. Somewhere between memory and imagination, primitive and futuristic, organic and digital… The evocation of the familiar rendered unfamiliar lending the forms their oddness.