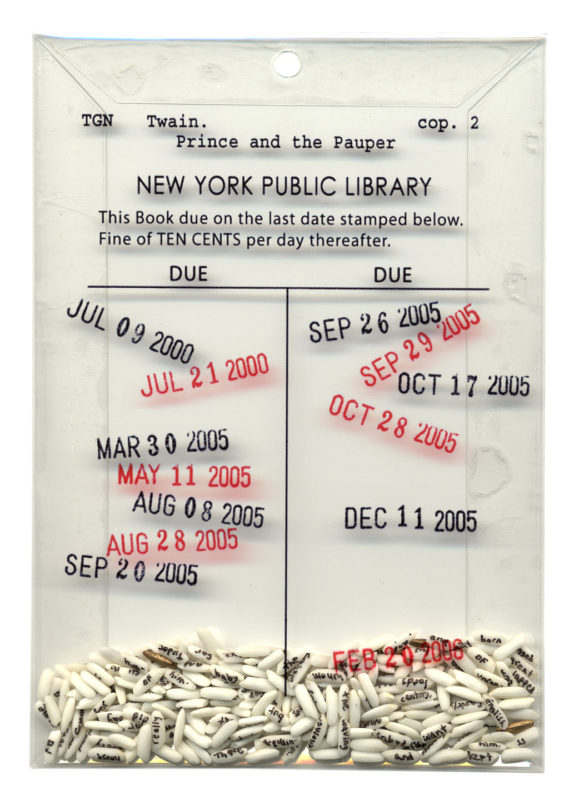 In his Library series (2007 – present), Nguyen faithfully copied word for word entire chapters of books from his own library onto small kernels of rice. The rice ‘books’ seem almost like  fetishes – obsessive transcriptions of literature neatly packaged and catalogued. Subverting the writers’ prose, the rice ‘books’ disregard all hierarchy in the collected words – articles like ‘the’ and ‘a’ and prepositions such as ‘on’ and ‘with’ carry equal weight as more charged, descriptive words – there is no hierarchy in their position. Full of potential, the words are both neutralized and sacred, acknowledging both the futility and power of language.

Each grain of rice contains a single word written in ink – with the book titles sometimes written on grains painted gold.  The entire text and/or individual chapters of various books written word for word on grains of rice. A re-interpretation of the library.