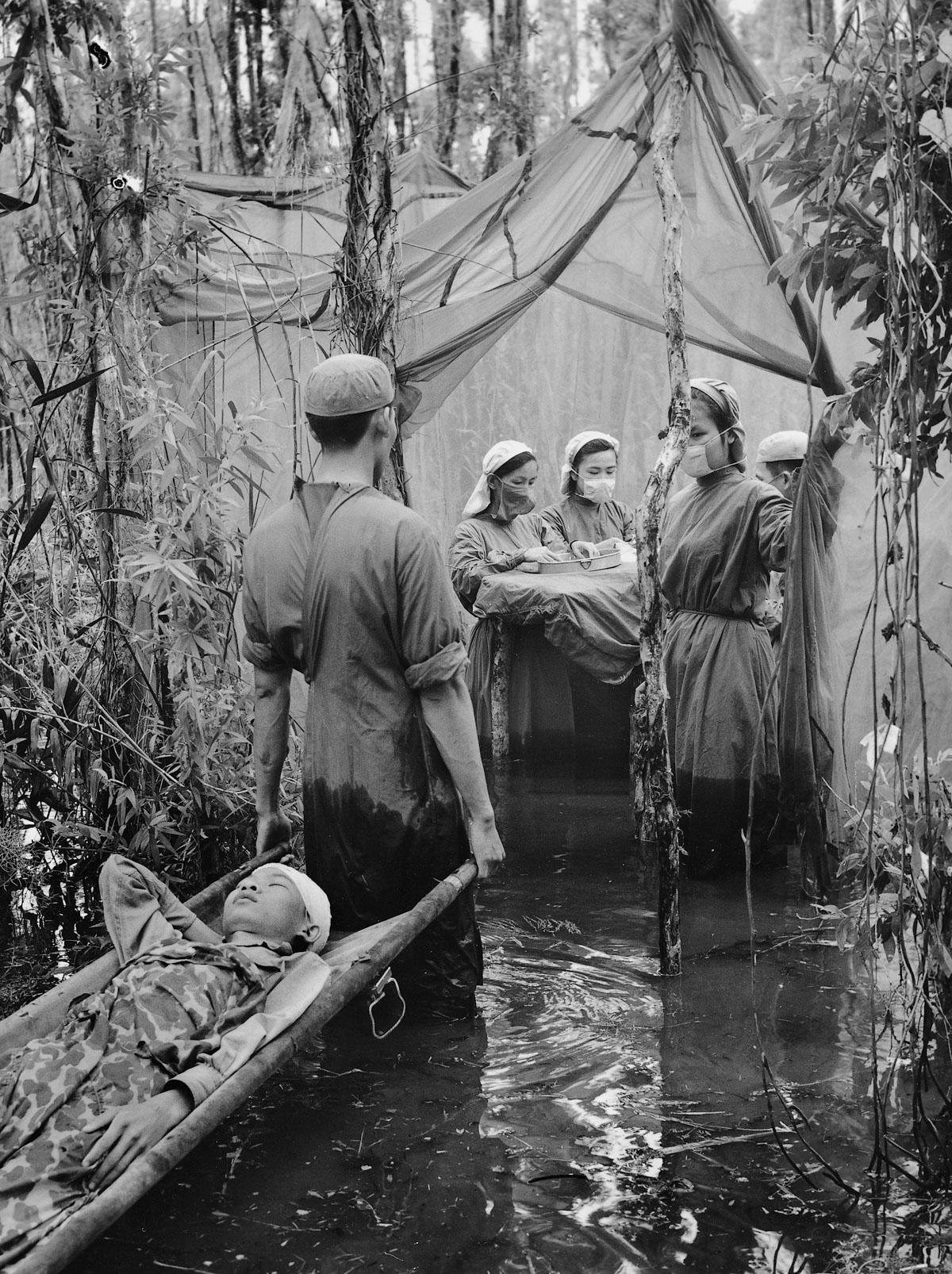 In a subconscious way, Vo An Khanh set his work in the midst of the boundaries of artistic photography and reportage photography. Originally a war journalist during the Vietnam War, Vo An Khanh operated in Ca Mau – the southernmost Vietnam where the resistance troops were hiding in dense mangrove forests. Contrary to the urgency often seen in war photographs, most of the characters appearing in Vo An Khanh’s photos are very static, and did not reveal their emotion so clearly. People and scenery like frozen, or even, are in a performing scenario. With the extremely accurate and superlative layout and lighting, the characters in the Extra-curriculum Political Science Class and Mobile Military Medical Clinic scenes appeared as if be on a staged theater. Vo An Khanh’s works become surreal: they are both cinematic and theatrical due to its fictional aesthetic structure and political realism due to the context in which it took place.