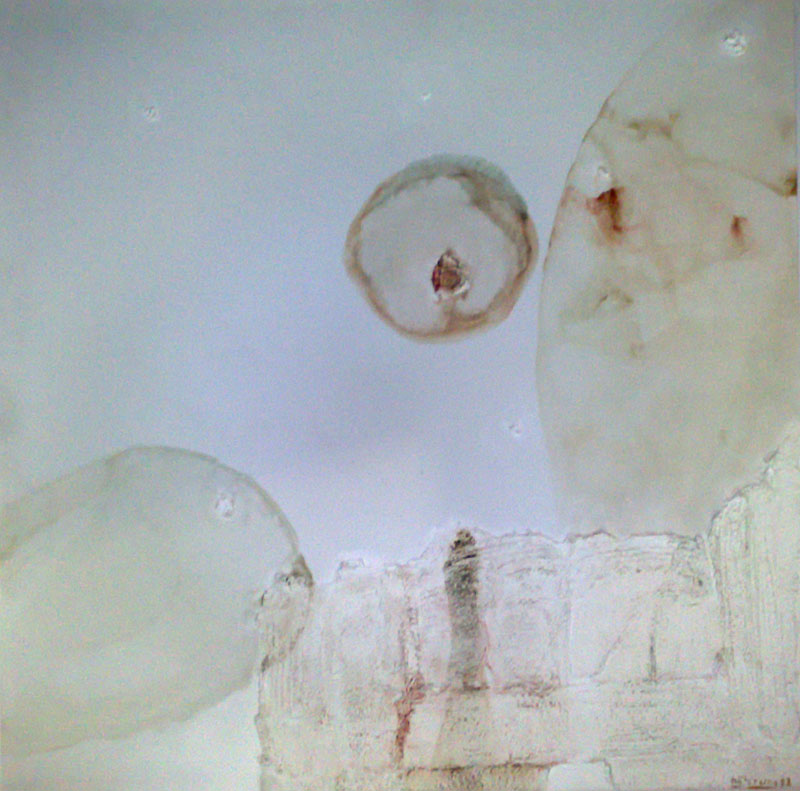 In an older series of white paintings entitled Moonlight (1998), Trung responded to the massacre of Vietnamese at the hands of the Khmer Rouge. The paintings draw inspiration from flashbacks and fragments of his memories of the war. He remembers, for instance, a trip to one of the schools where children had been killed by Pol Pot’s army; their bloody handprints were still visible on the walls. He inserted faint finger prints onto the canvas and simulated traces of washed-out old blood with acrylic paints. These make for powerful paintings and shows how well he could convey emotion with a few dabs of color. But they also reveal how deeply the trauma and memories of suffering impacted his imagination and continue to haunt him. Even thirty years after the end of the war, he still finds the need to conjure the past and ease his mind through paint. (Nora Taylor)