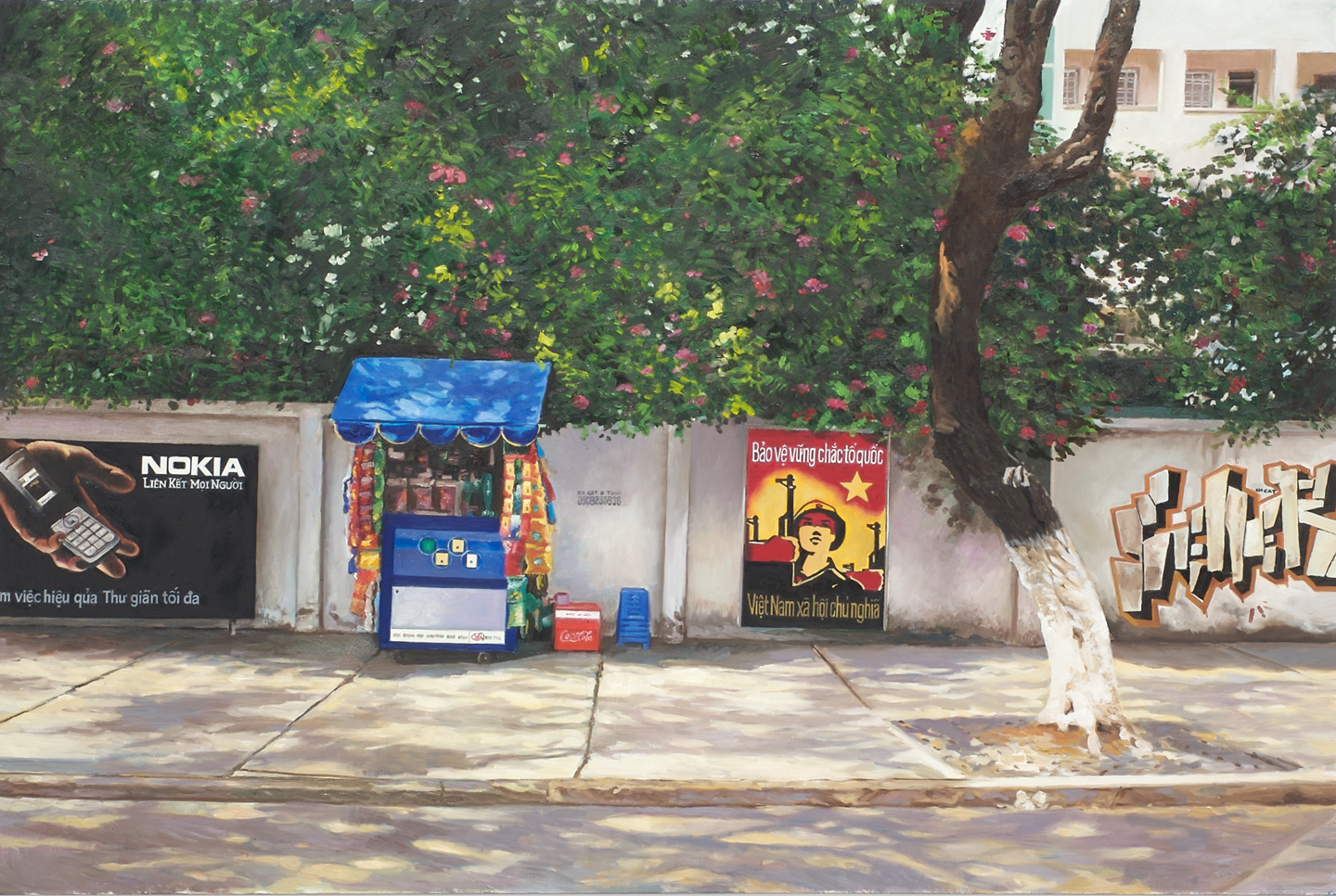 It’s within a dynamic, contradicted and complex landscape that the battle between socialist propaganda and capitalist marketing strategies is waged. Vietnam is a paradox in its political operation and its economic progression. Theoretically, government censorship reigns supreme over the landscape. But even that’s at odds with the reality. Trends that are becoming popular with Vietnamese youth culture, like hip-hop, are deemed as western influences and warned against, sometimes outwardly censored, by the government. All the while, advertising agencies pay big money to exploit and use these same trends to sell consumer goods in their marketing campaigns. But the youth, who make up 50% of the population, continue to expand their boundaries and find their voice.  This project attempts to capture the conflicted visual terrain of Vietnam, but intervenes with it by interjecting a different element into the equation, graffiti. These paintings, depicting scenes from in and around Ho Chi Minh City, complete with its propaganda and corporate advertising, have “graffiti pieces” painted and placed into the landscape, interweaving a longstanding tradition of Vietnamese painting with an urban aesthetic that, in essence, challenges that very tradition. On first glance, it appears that this “vandalism” was actually there at the moment the artist captured and rendered the image, but on a second viewing, many will realize that such a scene can only exist in the painting. The gesture, although quiet and subtle, tries to be daring in that it imagines a place where signage and media isn’t completely controlled by governmental politics or corporate buying power; a projected landscape where there’s an independent voice. The irony of taking graffiti, originally rebellious and confrontational by nature, and limiting it to the canvas possibly urges viewers to question and challenge the different systems in which we can imagine and offer alternative models of living within a social climate that won’t give space for doing so.

These paintings are the result of a completely collaborative process, combining the works of the young graffiti artists, Jason Huang, a graphic designer who’s work in advertising companies in Vietnam has led to numerous awards, photographer Hà Thúc Phù Nam who has been documenting the changing Vietnamese landscape, and Ngô Dong, a highly skilled replica painter who, early in his career, painted propaganda signs for the Communist government.