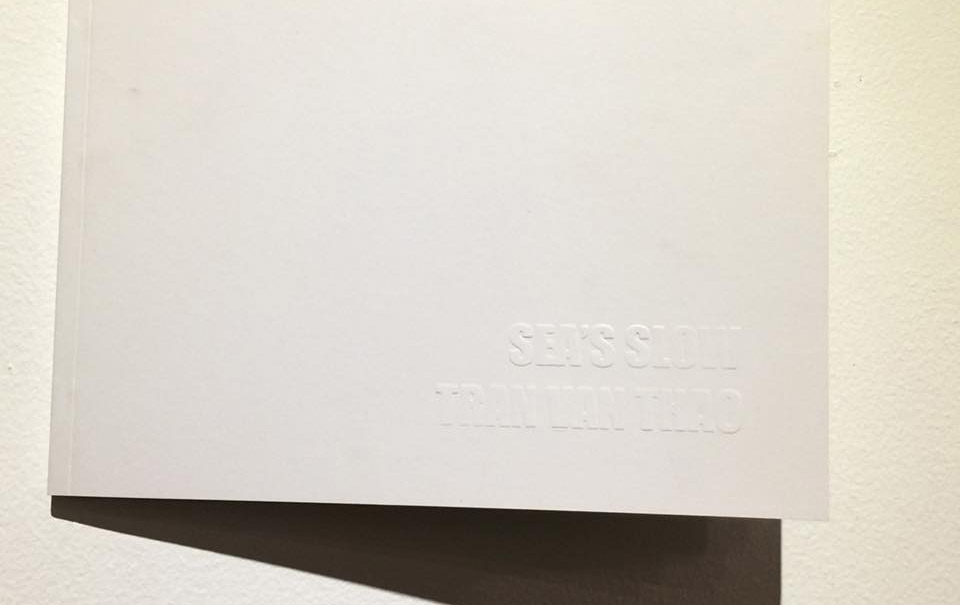 At the beginning of the world was the sign, and men were writing on sand, on rocks, on cave walls and even on their body with makeup tattoo. These backgrounds have always been served to make interrogations, fears, and hopes alive.

Tran Van Thao employed the sign and made it his won; his hand hounds, pauses, takes their flight, brakes, accelerates, restarts; like a seismograph it records, transmits and inscribes. A sequence of curves, lines, circles points. A rapid but delicate writing, which only resort is sensibility, the only source is heart. Artist’s soul is fully set, revealed in front of us. The hand lays black traces on the pristine white of the depth. Breathless run in a single breathe, no desire of performing or satisfying, nothing else but sensual and intense pleasure of creation. We feel the jubilation of the painter, his frenzy to tell, we perceive the rhythm of his hand, almost hear the sliding of the brush on the surface. All talent and originality of the artist in this great credibility, this search for strong movement, modulate color, and exact light.

A writing between serenity and spirituality. Background is a generous screen where eyes surf and travel as his will, between powerful black, setting its rule and structures the surface, the transparent and inevitable white, which makes the composition breath, the strong and indispensable red, as a brazier in the night, as a fire in the deep darkness of a country side summer night. Bars, dotted lines, points, circles those volunteer approximated and left handed, determine a magic space, such as the sacred circle of the Japanese Sumo delimited with thick rope and salt, such as the territory of the shaman from Siberia or Alaska in the extreme North America.

Surface never stops breathing, as Tran Van Thao getting this obvious pleasure to paint and draw, to trace his so mysterious and full of spirituality signs to surround them with light, to adjust their position and choreography in the limited space of the canvas, to give them rhythm and soul. Thus with reduced means as paper, black ink and a stain of the color, he creates such a personal universe of freedom, in which everyone of us is sensitive, and no one could escape