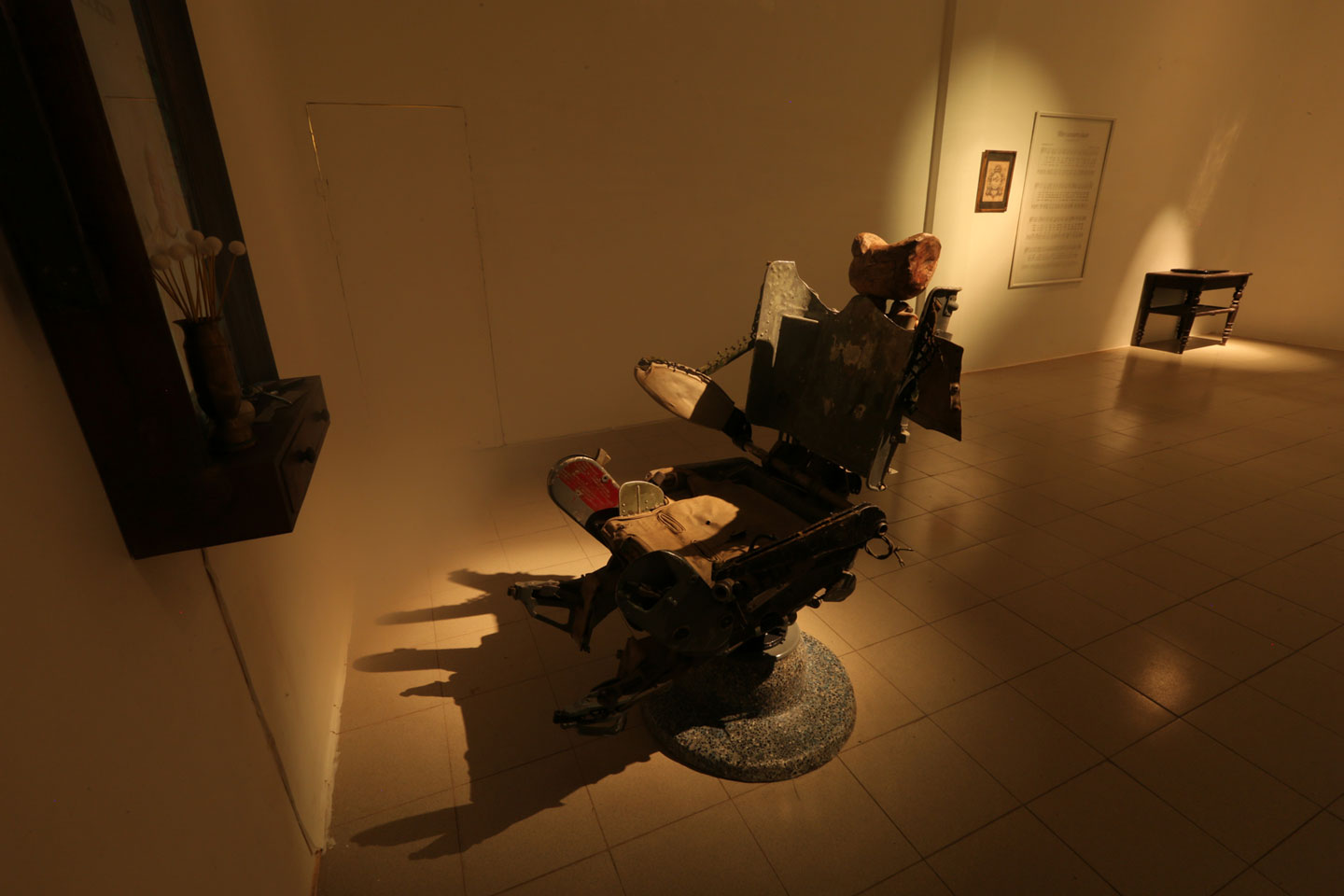 ‘The vacant chair’ is part of Bang Nhat Linh’s long term practice, in which, the whole process reflects “the surveys into the depths of memories, history, submerged psychological spaces, and of oblivion…”, in which “war memorabilia are taken from their original contexts to be placed within a new context, or they are positioned in a relationship with human as communicable and interactive objects…”

‘The vacant chair’ is a multi-layered video installation. It is an intimate narrative, whereby social issues derived from modern history of a turbulent Vietnam are unveiled: the wounds, tolerance, optimism, as well as the special relationship amongst those who remain. From a broader angle, it suggests an universal sense of existence and death, particularly the limited nature of the human race… On the other hand, through the act of transforming a powerful symbol of war into a symbol of love and loss, the work steps out of its geographical context to tell a universal story of all humanity. ‘The vacant chair’, therefore, is a song of humanity, and for humanity…

*’The vacant chair’ is a popular song during the American Civil War written by George F. Root in 1861 based on a poem by Henry S. Washburn. The song signifies the loss and emptiness of those who lost their loved ones in the Civil War, it specially gained empathy from both the North and the South of the United States during the war.

This is version 2/2 of the artwork, was on display at “SUNSHOWER: Contemporary Art from Southeast Asia 1980s to Now”– Mori Art Museum, Tokyo, Japan in 2017, curated by team of the National Art Center, The Mori Art Museum and 4 independent curators from Southeast Asia. Previously it was exhibited at Địa Projects Dong Khoi and Nha San Collective (Hanoi) in 2015 (curated by Le Thuan Uyen). Version 1/2 was presented in Exhibition “Mien Meo Mieng” at Builmusset, Umea, Sweden (curated by Tran Luong).