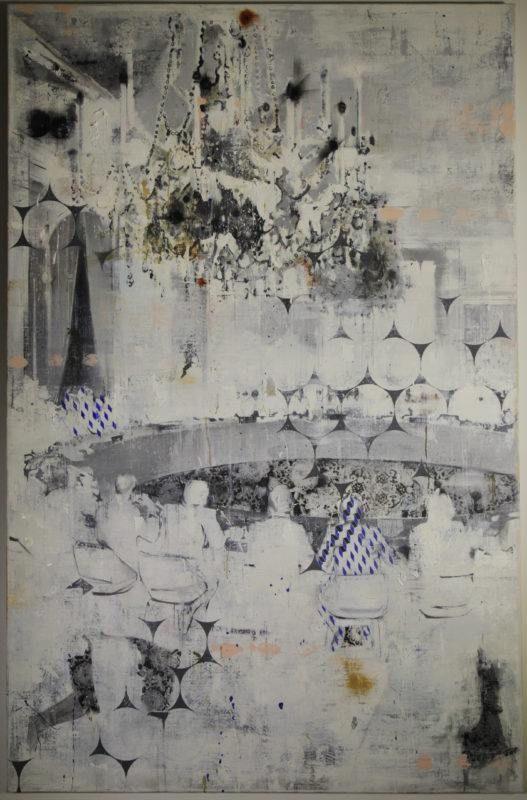 True Blue is a series marking a new milestone in Le Quy Tong’s artistic career, as the artist began experimenting both formally in painting medium with multi-layers of motifs and patterns, and conceptually dealing with historical elements. The paintings are derived from events in the past that influenced a community or even a nation. These are international conventions and conferences ending colonialism, national conflict and military intervention. Quy Tong uses photographs documenting such moments when politicians negotiated the destiny of a nation as raw materials, and then reproduces them on canvas. Conference roundtables, wide chairs, crystal beams still appear in the paintings, but the people involved in it are now stripped from the scene. In this True Blue painting, the atmosphere of the meeting for Paris Peace Accords in 1972 gets constrained with hollow circles, blue geometric patterns and pastel patches. Ironically, the chandelier becomes the main character as it appears in the most ornate and clear depiction. The chandelier’s elegance keeps it as a neutral object resisting primordially among the surrounding political debates to obliterate or reform the history.